This fan mail comes from Lucretia’s Blog after reading 9 Realities of Caring for an Elderly Parent: A Love Story of a Different Kind and The Companion Playbook, released in June 2016.

Again, the two little words thank you seem paltry compared to the enormous meaning they hold for an author—this author—who is filled with such gratitude. Thank you Lucretia for taking your time to read and share with the world what 9 Realities has meant to you. Many, many THANKS!!—Stefania

Here is the direct link to Lucretia’s original review: http://lucretiasreflection.blogspot.com/2016/08/book-review-9-realities-of-caring-for.html

Book Review: “9 Realities of Caring for an Elderly Parent”

Way back in January 2014, the day after my mom went to the hospital for emergency heart surgery, I attended a talk given by a woman who had gone through pretty much what I was about to go through, and who had written a book about her experience.  The book is “9 Realities of Caring for an Elderly Parent”, and the author, Stefania Shaffer, was touring to promote it, and was invited to speak at our university.  I almost didn’t go, because I was afraid the hospital might call while I was at the talk; it turned out to be one of the best things I could have done.  Not only was I inspired by what she had to say at a time when I really needed it, but I bought her book and read it while dealing with caring for my mother and grandmother.
During those two years when I was shuttling back and forth between home and my mom’s house (or the nursing center), I  sometimes felt VERY much alone.  Although my friends and family were verbally supportive, I had very little help with anything that actually needed doing, not because nobody wanted to help, but because most of the time no one else was in a position to.  Unfortunately, this happens to many people who find themselves suddenly having to care for elderly parents alone, when other family members are either unable or unwilling to pitch in.  “9 Realities” became part of my support group, because I was able to compare what she had to deal with against my own situation.  I sent copies to a few friends to help them cope as well.  When my mom died, I read the section on grieving more than once, to remind myself that I still wasn’t alone.
“The Companion Playbook” came out just this year, and I was privileged to receive one as a gift from Stefania.  I sure wish I’d had it while my mother and grandmother were alive, I could really have used it as well!  It not only has the really important points from the book reiterated in “nutshell” format, but it has charts and checklists for each point that can be used as written or adapted to your individual situation.  The Playbook can serve as a stand-alone guide without the original book, if you really don’t have the time to read that as well.
Stefania’s book is an incredible story of love and forgiveness, and I highly recommend both it and its companion workbook to anyone who has aging parents, even if they are still active and in good health.   You can order both books at Stefania’s website:  https://stefaniashaffer.com/ 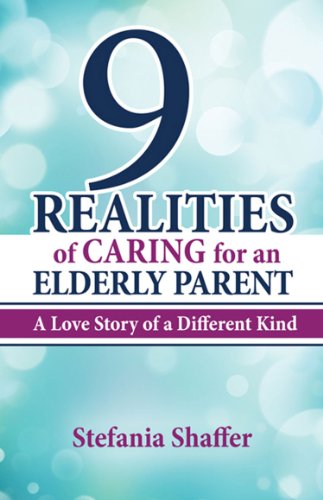 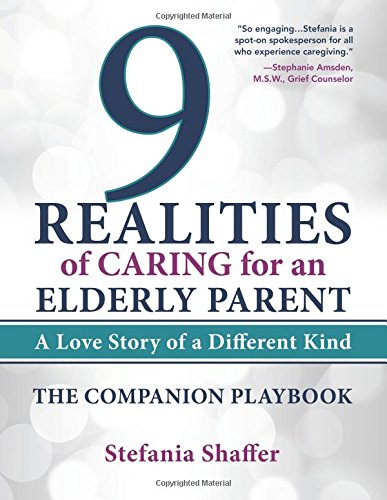